New in this release is Fiber and QVM libraries. They are libraries for userland threads/fibers, and QVM is a library for working with static size quaternions, vectors and matrices. With emphasis on 2, 3 and 4D sizes. They sure do look promising if you’re into game programming. QVM doesn’t seem like just another vector library. It seems it can integrate with most other vectors from graphics engines so long they have a sane storage.

This guide will build Boost for 32-bit and 64-bit architectures in a single click. Scripts for the impatient are available at GitHub (https://github.com/Studiofreya/boost-build-scripts).

Here is a quick howto for Windows and Visual Studio 2015.

1) Download and extract either the .7z or .zip archive.

The rest of the guide will have pictures mention the previous version of Boost, but it should be Boost 1.62. 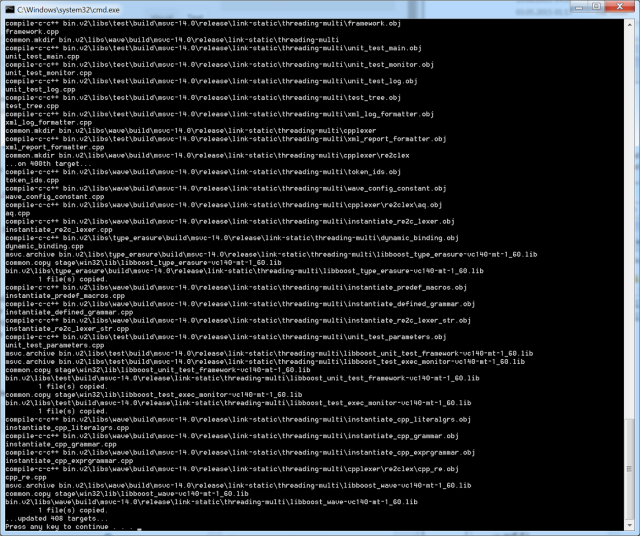 There are several ways to include Boost library 1.62 in Visual Studio 2015.

How to use Boost in Visual Studio 2017